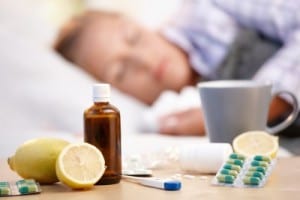 In some of the ancient cultures of Asia, the process of steaming of herbs with medicinal properties existed long before Christ. The countries that led the world in discovering the medicinal benefits of breathing in such herbs include India, Japan, China, and Taiwan. Plants such as wild Chamomile, Laurel, and Passion flower along various tea plants were chosen by the scientists from Europe to study the benefits that they produced when heated. As the benefits of these vapours are now known, most of the people consider using these and these do not need an extra effort.

The pioneer country that is believed to have discovered the medicinal properties of the medicinal herbs is China. The first product among these shrubs was tea, the leaves of which were steamed or baked to get the essence and aroma and to ensure that the leaves do not get spoiled in the course of its transportation. The most important reason was to avoid fungus spores in this highly valued plant. Although apparently people might not be able to understand the relation between steaming tea and vaporizers, the process of steaming of the tea leaves eventually resulted in the process of herbal cure. The essential oils have been into the role from the very early times and have been used in treating muscle pain, skin bruises, and other skin conditions. Ancient China made use of edible solutions to relieve headaches and stomach and bowel distresses. As for cures to respiratory troubles, or fever, for simple recreation, herbs such as Cannabis, Eucalyptus, Laurel or Thyme were used.

In a number of parts of Europe and United States, the development of a new trend of aromatherapy had started as the soap companies used essential oils in purposes of showering and bathing or in a room dispenser. A greater interest started to generate in vaporizing and this led to the discovery of the vaporizers. High class vaporizers were designed by the famous German company Storz and Bickel. The vaporizers that were designed by this company grabbed a lot of attention after immediately after they were designed. The portable form of the vaporizer was called the “Plenty”. Vaponic was another portable vaporizer designed by the Spanish company “Solwe”. The vaporizer was designed keeping in mind the convenience of the travellers who can heat the element either using a lighter or with the use of a pocket torch.

Holland is yet another country where the use of vaporizers underwent a full-fledged growth. Cannabis was the common element that was used in the vaporizer.